Know-how from father to sons

Reijo Jussila founded the company in 1962 at the age of 27 when he bought the first lorry to transport gravel. In the same year, the Jussila family acquired a small village shop in Ii. The shop was run by Reijo’s wife Veera. In autumn time the children were packed into a car and the whole family went to purchase berries which were then traded onwards to the processing industry. Reijo Jussila also had a machine repair workshop. With the help of the active building operations in Ii the company expanded so much that Veera was able to close the village shop and she started to work in the office. 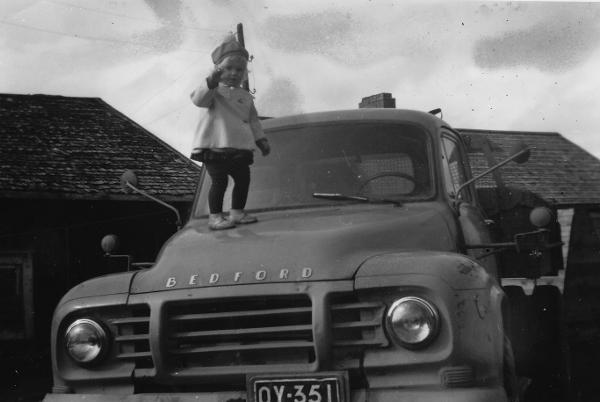 The sons of Reijo and Veera were involved in the company as soon as they learned to walk. The sons, Rauno and Kaarlo, became shareholders in 1989, when the company was changed into a partnership company. Change of generation transfer was made in 2002 when Reijo stepped aside and started to act as an advisor. In 2003, the company was changed into a limited-liability company (Ltd.). Kaarlo Jussila acts as the managing director and the other main owner Rauno Jussila acts as the technical director. Nowadays also the third generation is involved as Rauno's son is working for the company.

In 2007 our company was nominated as ”The enterprise of the year” in Ii municipality.

In 2011 the company was expanded into a group by the acquisition of Maarakennus Aimo Alakiuttu Oy.

In autumn 2013 the company decided to refresh its brand and in this connection the company name was changed from Maanrakennus R Jussila Oy to Jussila Group Oy.